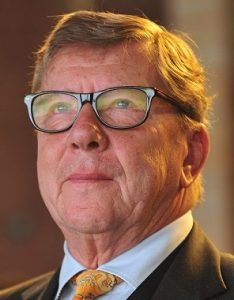 Dr. Ringertz began his studies in 1958 in biophysics research; earned his M.D. in 1964 and his PhD in biophysics in 1969. He held the position of Associate Professor in biophysics from 1969 to 1973 and in diagnostic radiology from 1973 to 1983. Dr. Ringertz served as Professor of radiology at the Karolinska Institute from 1984 to 2006 before being named Professor Emeritus in 2006; a position he continues to hold. During his tenure at Karolinska Institute he held the following hospital positions: Assistant Head of Paediatric Radiology at Karolinska 1973-77; Head of Radiology, Sachs Paediatric Hospital Stockholm 1977-83; Chairman, Diagnostic Radiology, Huddinge University Hospital 1984-87 and Karolinska Hospital 1987-2006.

From 2006 to 2013 he was Professor and Chairman of the Board for the Center for Medical Imaging Science and Visualization, Linkoping University. Since 2013 he has served as a Consulting Professor at the Department of Radiology, Stanford University. Dr. Ringertz has also been recognized as a Fellow in Pediatric Cardiac Imaging at UCSF in 1975; a visiting Professor responsible for pediatric MRI at UCSF 1983-84; a visiting Professor at Stanford University 2004-2012; co-director of the Strategic Center for Biomedical Imaging at Stanford 2007-2010; and Adjunct Professor of Radiology at UCSF 1984-2009 and Michigan State since 1991.

Dr. Ringertz is the author of 240 scientific articles and six books. He served as a permanent member of the Nobel Assembly for Physiology and Medicine from 1986 to 2006 and held the positions of President Elect and President in 2002 and 2003. He was a Trustee of the Nobel Foundation from 2002 to 2007. He was a member of the International Commission on Radiological Protection, committee 3, Medicine from 1992 to 2013. Dr. Ringertz is an honorary member of 15 national and regional radiological societies, including the Society for Pediatric Radiology and the European Society of Paediatric Radiology, and an honorary fellow of four Colleges. He has been awarded Gold Medals from Tokyo University, Japan, the European Society of Radiology, and the Asian Oceanian Society of Radiology. 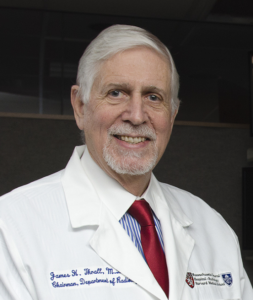 Dr. Thrall served as Chairman of the Department of Radiology, Massachusetts General Hospital (MGH ) and as the Juan M. Taveras Professor of Radiology at Harvard Medical School (HM S) from 1988 until 2013. He continues his service at MGH and HM S as Chairman Emeritus and as the Distinguished Taveras Professor of Radiology. Dr. Thrall received his M.D. degree from the University of Michigan in 1968 and trained in Radiology and Nuclear Medicine at the Walter Reed Army Medical Center, Washington, D.C. where he also held the position of Assistant Chief of Nuclear Medicine for two years before returning to the University of Michigan in 1975 as an Assistant Professor. He was promoted to Professor of Internal Medicine and Radiology in 1981. He joined the staff of the Henry Ford Hospital as Chairman of Radiology from 1983 until 1988.

Dr. Thrall is an elected member of the Institute of Medicine (IOM ) of the National Academies of the United States. He has served on the Advisory Committee to the Director of the National Institutes of Health (NIH) and the National Advisory Council of the NIBIB. He is a Fellow of the ACR and has received the Gold Medals of the American Roentgen Ray Society, the Radiological Society of North America, the Association of University Radiologists and the American College of Radiology. Dr. Thrall holds the positions of Chairman of the Board of Directors for WorldCare Limited and Mobile Aspects Incorporated.