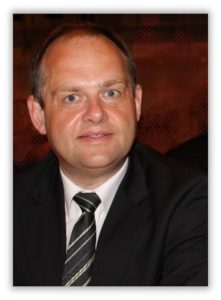 The inaugaral Sam Gambhir Prize for Innovation has been awarded to Prof. Dr. Thomas Flohr, Head of CT Physics, Application Predevelopment and Global Clinical Collaborations, Siemens Healthineers, and Adjunct Professor for Medical Physics, Eberhard-Karls-University Tuebingen, for his outstanding achievements in the field of Computed Tomography.

Prof. Flohr began his academic journey at the Friedrich-Alexander-University Erlangen-Nuremberg, successfully completing first his ‘Diplom’ and then, in 1989, earning the title Doctor with the completion of his PhD in Physics. He also received an honorary doctorate from the Faculty of Medicine of the University of Zurich in 2021.

Prof. Flohr began his research career in the computed tomography section at Siemens UB Med in Erlangen/Forchheim, Germany, progressing to become Head of CT physics department, computed tomography section in 2000 and Head of the CT physics, application predevelopment, and global clinical collaborations department in 2004. Since then, he has extended the scope of his department with CT application predevelopment and global clinical collaborations. Based on his activities he has built up strong relationships with many radiology departments globally and is a well-known expert and partner in the CT research community.

In 2006, Prof. Flohr was awarded the title of Professor of Medical Physics, becoming adjunct Professor at Eberhard-Karls-University, Tuebingen in 2011. Among his many notable achievements, Prof. Flohr was a founding member of the Society of Cardiovascular Computed Tomography; is a member of the Program Committee of the Physics of Medical Imaging Conference of the SPIE; member of the Scientific Committee of the Fully 3D Conference: International Meeting on Fully Three-Dimensional Image Reconstruction in Radiology and Nuclear Medicine; and, in 2016-17 was Conference Chair of the Physics of Medical Imaging Conference of the SPIE. He has over 230 peer-reviewed publications in scientific journals, including 46 as the first or last author and is publisher/author of five books. His work is included in ‘Citation Classics in Radiology Journals: The 100 Top-Cited Articles, 1945-2012’. Prof. Flohr also holds 19 patents as the sole inventor and is credited as co-inventor in 294 patents.

Prof. Flohr’s innovations define CT today: from the development of Cardiac-CT, Multislice-CT, and Dual-Source CT to, most recently, Photon-Counting CT. Over the past 25 years, his inventions have helped the modality of CT answer a wider range of clinical questions with a higher degree of precision and for more patient groups.